The Cost of Laziness in AdWords

Have you ever tried gardening? If you’re a city-slicker like me, the idea of growing my own vegetables seems about as foreign as asking me to order the meatballs at IKEA in perfect Swedish — I could try it, but I’m sure I’d just get some annoyed looks from people nearby. Having absolutely no idea what I was doing, one summer, I bought a bunch of seeds, a bunch of soil, and some gardening tools, and designated a patch of dirt in my front yard to be my urban garden experience.

Two months later, all I had was an overgrowth of weeds. I also apparently attracted the neighborhood cats, who began using my “garden” as their outdoor litter box. Gross. Ultimately, my short foray into the world of gardening ended in failure. I had no vegetables, and only weeds and cat shit to show for my labor.

Hey! Get out of my garden, asshole.

I was reflecting on this experience a few weeks ago, as I was doing my normal rounds on client AdWords campaigns, and, much like gardening, if you don’t put in the work, you will end up with a ton of weeds and cat shit, and not a lot of substance to show for your spend.

This may seem obvious, but AdWords is not the kind of tool you and just set and forget. You can’t just pick a bunch of keywords that “seem close” and call it good. As I’ve said before, managing PPC campaigns are much like maintaining a garden. You wouldn’t just throw some seeds in the ground and hope that you come out with a bounty of delicious fruits and vegetables (that is, unless you garden like I do).

Now, I don’t want to get too far into the literal cost of doing nothing in AdWords. However, according to a survey performed by WordStream, some 20% of AdWords account managers do nothing at with their campaigns. It’s important to note too that survey was only responded to by WordStream customers – a company which specializes in AdWords and Bing Ads optimization, so I imagine the number of inactive AdWords account managers is much, much higher.

Rather than sit here and criticize lazy marketers, I figured I’d show you a situation where small tinkering adjustments can lead to very major wins.

FluentStream: The Case for Tinkering in AdWords

Recently, we set up an inbound marketing campaign for FluentStream, a VoIP business phone provider in Denver. Specifically, we wanted to create a marketing campaign around features to support outbound sales teams, which was a vertical that FluentStream never directly targeted before. For this, we targeted the features appealing to those working inside sales including FluentStream’s voicemail drop feature. In short, this feature allows sales reps to leave prerecorded voicemails to prospects, allowing them to rapidly call through their list without stopping to leave voicemails.

For the voicemail drop feature, we deployed an AdWords campaign for people searching for voicemail features for their business phones. Here’s where we made our first mistake. 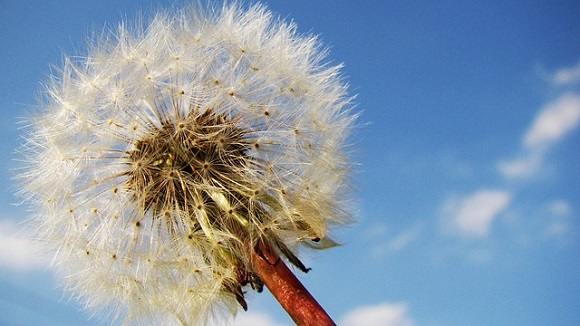 Wasteful or inefficient keywords are like weeds. You need to be vigilant to cut these out of your AdWords campaigns.

We decided that we could target people who were searching for not only our specific feature, but similar features as well, to get our ad in front of more people. Oops.

Adwords even enables you to do this more easily by offering and even going as far as to recommend the broad match and why not? Cast a bigger net and reach more people? It gets more clicks for you and more money in Adwords pockets.

As we were tracking our campaign, we noticed our overall click-through-rate was sitting around 2.1%. This wasn’t great, but as a new campaign, we knew that we had some time to adjust and monitor our campaign.

After a month of running the campaign, which was mostly filled with adding negatives to the campaign, our CTR had crept up to 2.3%. Was this just the maximum return that we could expect? We didn’t think so! Looking closely at individual keywords, we saw a massive search volume for one of those similar features to voicemail drop: ringless voicemail. A few people clicked on it, but most people would see our irrelevant ad, and move on. We then reached out to the sales team at FluentStream, and sure enough, they were receiving a large number of calls from people seeking ringless voicemail, realizing they only have a similar feature, and then hanging up.

As a matter of fact, almost 25% of FluentStream’s monthly ad budget went to people seeking ringless voicemail, and they weren’t seeing meaningful results from it. We decided to pause bids on that particular keyword, and anything related to “ringless.”

The results, as they say, were staggering. First, our overall search volume dropped significantly, but the amount we were spending stayed the same. This indicates that our ads became more efficient because our ads were being delivered to a more relevant audience. Not only that, our CTR for the voicemail drop campaign jumped from 2.1% to 8.9% – around four times the industry average. Now, FluentStream isn’t wasting money on inefficient and irrelevant keywords, and they are receiving the right kind of traffic from the right people.

You might be thinking, “Yeah, but CTR is a pretty useless metric by itself,” and you’re absolutely right. We also monitored the number of conversions, which bumped up around 10%. However, the biggest win was in our cost per acquisition, or CPA. This number gives you the average dollars spent on every conversion action. Overall, this number dropped around 35%. To us, that indicated more relevant clicks. More people were finding the product or service they were looking for in the first place.

Negatives Are SO Important

I will only touch on this briefly, but when I say “tinker” in AdWords, a lot of what I mean is adding negatives. Right, it seems counter-intuitive to actively block your ad from showing, but having a well-kept list of negatives will go a long way in ensuring the clicks you do get are the clicks you want.

We have found that maintaining a ratio of around 7 negatives for every 1 keyword is good. Granted, this list of negatives will take time, and will largely depend on the overall size of your AdWords campaigns, but you need to start filtering out the people who are searching for things that you do not want to show up for.

Unfortunately, while a lot of this work can be done before you launch, the majority of it will happen as you see how people are searching, and for what searches you are showing up for. The easiest way to do this is in AdWords itself, in the “Search Terms” tab under “Keywords.” There, you can see what search queries made your ads come up, and find the ones that aren’t relevant to your business. From there, you can pinpoint terms and words that, under no circumstances, you’d want to show up. Just to give you an idea, the following is a list of some more… erm… colorful negatives we’ve had to add on the FluentStream account:

…You get the idea.

If you’re managing an AdWords account, you absolutely need to be monitoring for inefficient spending or keywords that turn out to be irrelevant. Without doing this, FluentStream would still be wasting money on ads and wasting time fielding unnecessary calls.

Secondly, if you’ve set up call extensions on your ads, communicate with the people answering the phones. They’ll give you insight into what people want when clicking on your ad. We’ve had some strange things come through, prompting us to add various keywords as negatives.

You’re not going to get your AdWords structure and bids correct the first time. You’re going to make mistakes. Everyone does. But marketing is about learning from mistakes, and testing, retesting, and testing again to find a strategy that works.

The main point here? Like most things in marketing, AdWords is not something you can set, and then just let it do its own thing. That would be a costly mistake. Tend to your keywords, spend time finding ways to improve your campaigns, and watch your garden grow.