As I am sitting down to write this article, the Colorado Avalanche have just dipped their toe into the playoffs after barely clinching the last playoff spot in the Western Conference. The Denver Nuggets nearly accomplished the same feat losing in a nail-biting overtime, after winning seven straight (playoff basketball starts early in the Mile High City, apparently). The Colorado Rockies are positioned in second place in the NL West, even though they’re currently a game or two under .500 — I guess that tells you all you need to know about the NL West this season. The Colorado Mammoth are second in the NLL Western Division and clinched a playoff spot. The Colorado Rapids are viciously mediocre this season, so I’ll skip them.

It doesn’t really matter how great any team from Denver is doing though, and everyone from around here knows it. Love it or hate it, we’re in a football town. This is Broncos country, even when the Broncos aren’t even playing. Even when there is absolutely nothing newsworthy about the Broncos happening, that’s all sportscasters seem to talk about. When the Rapids won the MLS Championship back in 2010, the news coverage of a team from Colorado winning a national championship was mostly an aside from the 2 hours of discussions about Tim Tebow and his ability to lead a professional team. I’m convinced the Avalanche could win out for the rest of the season, and people would still only be analyzing whether Case Keenum has what it takes to get the Broncos to at least an 8-8 season. 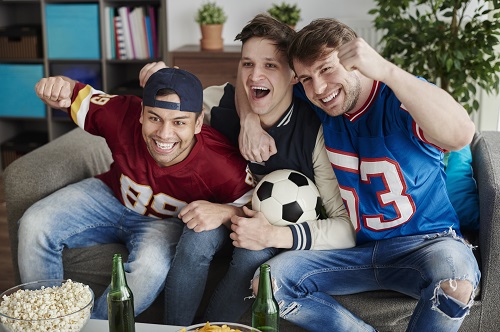 I always hold a soccer ball when watching the big game.

Don’t worry. This isn’t going to be one of those blogs that throws sports analogies into the marketing world. There are plenty of those lazy articles out there for you to pretend to extract any meaning out of (“GET YOUR SALES TEAM INTO THE ENDZONE. SEO MARKETING IS THE REAL GRIDIRON STRUGGLE IN THE TRENCHES.” Shut up.). Instead, we’re going to talk about how a number of business owners view their marketing stack, and how it’s so similar to how Denver sports fans view their sports teams.

I’m talking about you, PPC, AdWords, SEM, whatever you want to call it.

When CleverFunnel discusses solutions to clients, our pitches (Get it? Sports) tend to cover several different channels and sections of the sales and marketing funnel. What’s interesting is no matter what a clients’ goals are, the discussion tends to bend towards the possibility of running AdWords campaigns. Nevermind budgetary considerations, nevermind how successful other channels have proven to be, everyone wants to play the PPC game. From burgeoning startup to fully-formed enterprise, everyone wants to compete for that sweet paid search traffic.

Is PPC the Best Strategy Here?

Please don’t get me wrong. I am a strong believer in a carefully strategized AdWords or Bing Ads campaign to generate top-of-funnel activity. I have seen the power of a PPC campaign that is carefully considered and implemented. That being said, I’ve also seen what happens to a business’s marketing budget when they throw together an AdWords strategy just to “try it out.” So, the question becomes, how do you know if you should be investing time into setting your company up on AdWords? More importantly, how do you know if the AdWords you’ve set up is actually worth it?

1. What’s your budget? There’s no magic number in a marketing budget that you have to meet or exceed in order to start playing in AdWords. Like anything, it’s going to depend on the industry you’re in, and what keywords you’re trying to win on. When exploring the possibility of an AdWords campaign, Google’s Keyword Research tool is going to be your best friend here, and I’d also suggest starting with your goals in mind.

For example, suppose you want to achieve 50 new leads a month from your new PPC channel. For simplicity’s sake, let’s also suppose you’ve tested your landing page extensively, and can confidently estimate a conversion rate of 5% of page visitors to leads. With these numbers, you’re going to need 1,000 clicks to your landing page a month in order to hit your goal. Now, let’s say that the specific keywords you’re bidding on have an average cost-per-click of $5. That means you’d need to devote around $5,000 in monthly AdWords budget. That is to say, if you’re in the above scenario, and you only have $500 to throw at your AdWords this month, you’re going to have a bad time.

2. What’s your CPA looking like? Take the numbers that I outlined above. By dividing the total number of leads generated by the total amount spent, you’d get a cost per acquisition of $100. Alright, now, if you’re selling a product that only costs $25, you’re going to have a bad time, especially when you get to explain to your boss why you’re spending 4x your sale price to get someone in the door. 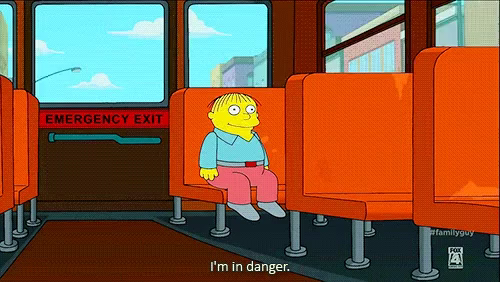 Me, preparing for a meeting with a client with a busted AdWords strategy.

This is why conversion tracking is so important on any AdWords strategy (which is why it makes no sense that the feature is largely hidden on AdWords and Bing). In order to fully understand the value of your channels, you need conversion actions that confidently express an actual landing page conversion.

What do I mean by an “actual” conversion? We once inherited an AdWords campaign from a client, and as soon as we started, they were concerned that their number of “conversions” went down with us. Now, I put the term “conversions” in quotes there, because they were previously calling any site visit that hit 2 or 3 pages a conversion, while we were only counting form fills as actual conversions. This was likely a remnant from a previous marketing agency throwing numbers as this particular client, screaming “LOOK HOW GOOD WE’RE DOING.” You’re not doing anything good. You’re not doing anything.

3. How many of your PPC leads become customers? It’s one thing to get people to fill out a form on a landing page, but it’s another thing entirely to turn these people into customers. For this reason alone, you’re going to have to make sure your UTM parameters are in place, and that your landing page forms can actually read said UTM parameters. That way, you can accurately track these prospects all the way to sale.

You may find that you’re having no problem generating leads, but that these leads are not actually converting into sales. Does this mean that your industry is just entirely filled with tire-kickers? Not likely. Could this mean that the keywords or phrases you are targeting are attracting the wrong kinds of clicks? More likely.

Pay Attention to What Other Games are on TV

See? For a sports blog, this has almost zero sports analogies, but I’ll leave you with this one. Turn off the Broncos Nation sports radio for just a second to see what else is on. Said another way, take a look at some other marketing options that are available to your marketing stack. Is there a better way to spend your proposed PPC budget? Because, let’s face it: any AdWords campaign worth a damn is going to be a sizeable time and money investment to get working just right, and unfortunately, budget constraints make it so that some AdWords campaigns will simply never be successful.

Have you thought about paid social? What about remarketing ads? What about third-party aggregate sites (though they’re technically PPC, having a good listing on, say, Capterra, can provide a more accessible and cost-effective route than just throwing yourself onto the entire search network).

Who knows? You might discover you actually enjoy watching baseball.