Growth Marketing as a D&D Campaign

If you haven’t noticed, long-winded analogies are sort of what we do here at CleverFunnel. My last post compared the way business leaders consider their marketing stack to the way that Broncos fans regard any team other than the Broncos in Denver. Well, in a complete 180 from that post, we’re going to take a look at an activity that I spend almost more time thinking about than marketing (almost): Dungeons and Dragons. That’s right. Me. Mr. Megajock. Never would have guessed it, right? Right?

Despite my godlike physique, I have been known to throw some dice in the name of Pelor. And to be perfectly honest with you, I think there’s a lot of growth marketing lessons inherent in D&D (then again, with enough mental gymnastics, you can find similarities between anything and anything else, so maybe this post is all nonsense). However, when I’m going through the steps of onboarding a client, my mind will often flash to back to my time at the Dragonscale Inn, where Ulfgar the Dwarf is begging my compatriots and me to recover some lost family heirloom. Every new client at CleverFunnel is a new adventure, filled with its own challenges, decisions, outcomes, and rewards. Much like a game of D&D, there is no set outcome ever. We might write a marketing playbook and follow it to the word, but no two clients will be the same. Similarly, no two campaigns at the adventurer’s table will be the same.

So, pull up a chair, grab a tankard of Goblin Grog, and allow me to carefully combine the two things I’m nerdiest about.

Start with the goal in mind

Any new game of D&D starts with someone or something inciting the action. A shepherd comes to the local tavern to recruit a few adventurers handy with a sword to look into who has been stealing his sheep. A prince hires a party to put an end to the necromancer’s deranged experiments. A king begs the team to save his daughter from the greedy red dragon in its far-off mountain fortress. You get the idea. Now, unless your party is full of assholes, this one major goal should be the focus of any and all actions. Granted, you may find yourself doing the odd job here and there, but any solid party keeps the main quest in the back of their minds. 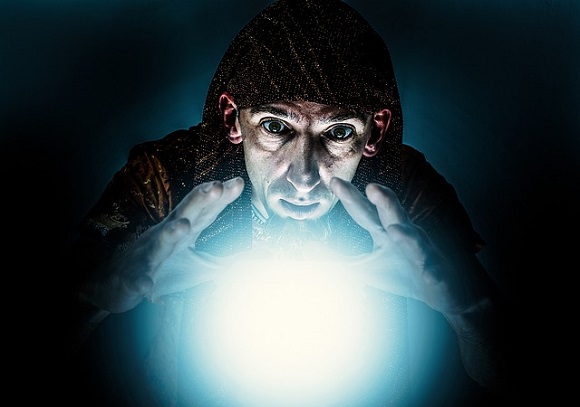 Marketing can oftentimes feel like following a single thread in an entire Persian rug of possibilities. You could devote your time to hundreds of different activities, but how do you ensure that your time is spent effectively? While there is no one-size-fits-all solution to this, keeping the client’s marketing goals in mind is crucial to informing marketing strategy.

When you start with your marketing goals in mind (in other marketing circles, this would be known as “evaluating your KPIs”), it makes deciding how to allocate your time a little bit easier. Yes, you could run a ground-softening campaign to gain brand exposure in a particular segment, but if your goals revolve around driving qualified conversions and not brand recognition, you might not want to spend the time and budget. Does your task help you towards the ultimate goals of your campaign? If it’s not directly related, does it help get you there? If the answer to these questions is no, I would suggest going back to the drawing board.

Remember, time is the greatest limitation for any marketing professional. Use yours wisely.

Perhaps some of the most interesting moments in tabletop RPGs happen before the game has even started. I’m talking about creating your character. What is her name? His backstory? Their physical description? Another component crucial to character creation is that character’s alignment. Is your character good, evil, or neither? Is your character lawful, chaotic, or neither? These decisions, while seemingly trivial, can dictate exactly how your character should react to a situation. For example, if your party stumbles across a cult that is recruiting children for slave labor… 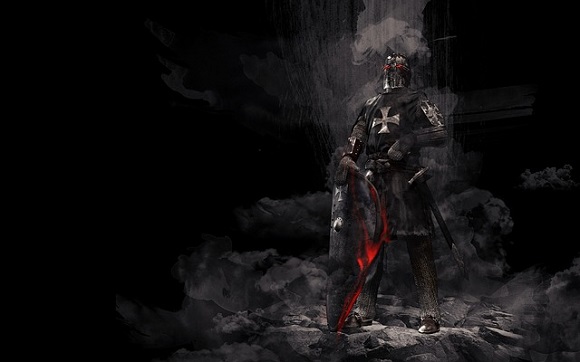 Despite his appearance, Grimsbane the Dreadful is actually a great guy, and volunteers every weekend at the local animal shelter.

In marketing, our clients or business leaders often put a lot of trust in what we’re telling them is truthful. Unfortunately, marketers sometimes have a tendency to present numbers in a way that distort meaning and give the wrong impression about results. Sometimes, it might be appetizing to straight up lie about a campaign’s performance.

We should all strive to be marketing good guys. When it comes to reporting, honesty is always the best policy. Sure, you might catch heat for your latest campaign going up in smoke, but being upfront and honest about what’s going on goes a long way in establishing trust and credibility. Own your mistakes, be honest with your reporting, and stop spending so much time making numbers appear to be something they’re not. It’s shouldn’t matter if you tried something, and it failed. It matters what you do in the face of that failure. As a matter of fact…

No party can get through a campaign without a few setbacks. I remember once, I was part of a group that simply had to convince a local Orc warlord to let us pass through his tribe’s hunting grounds. It shouldn’t have been hard – just a few gold pieces, and we’d be in and out in no time. It even seemed like he wanted to take our money and let us through. Of course, it wouldn’t be Dungeons and Dragons if everything went strictly according to plan. Our dipshit rogue couldn’t help but try to nick a few shiny doodads from the warlord’s tent, while we were all standing in the tent, including the warlord. To make a long and frustrating story short, we learned how fast a tribe of very pissed off orcs could run, and we learned that the rogue needed to keep his hands where we could see them at all times. 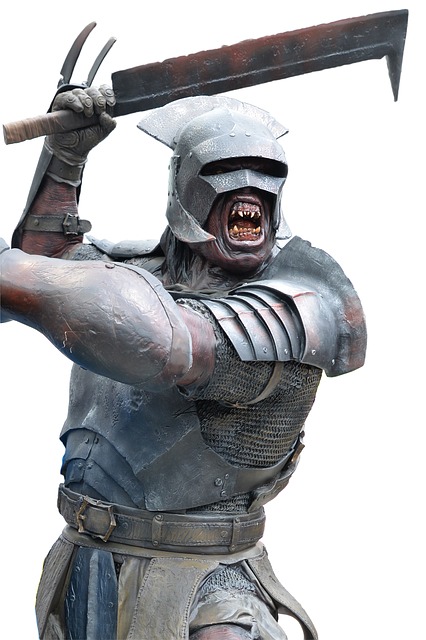 “No! My coin collection! Buffalo nickels are super rare!”

No marketing campaign will go off without finding what not to do. We are tinkerers by trade, and it’s perfectly acceptable to discover that some campaign, strategy, or channel was a complete and total bust. It happens! What’s important is what you learn from the failure, and how to do better next time.

The greatest failure of any marketing professional is being fearful of trying something new. Now, I’m not advocating for dropping 20% of your marketing budget on an untested channel because it might produce meaningful results. But if you find yourself running the same campaigns quarter to quarter, year to year, without any experimentation, you might be resting too hard on your laurels. This business, as any marketer will tell you, is not for those afraid of failure. It’s not about all the times your marketing strategies don’t work. It’s about the few times they do, and blow it out of the park.

It’s okay to explore other paths.

Dungeons and Dragons is a freeform tabletop RPG. The world is shaped by the decisions of the characters, even if it is the Dungeon Master telling the story. If there’s one thing all competent DMs know to avoid, it’s railroading — forcing characters down a path, regardless of the decisions they make. In some games, it might become presently obvious that your DM really wants you to head to the castle’s jail to release the wizard being held there, but what happens if that doesn’t suit the interest of anyone in the party? Why should we care about the wizard? What if he’s legitimately being held in the castle dungeon for a good reason? How do we know this wizard isn’t actually an evil mastermind finally brought to justice? If your DM hasn’t done a great job in giving your party a vested interest in saving said wizard, who is he to tell you what to do with your time?

Similarly, in marketing, we have a tendency to beat a dead horse on a strategy that just isn’t working, and without a major facelift, will probably never work. As I’ve said before, it’s important to recognize when it’s time to cut off power to any given marketing campaign. While developing and finding the marketing mix if oftentimes a slow and steady process, it is always okay to take a look down a less-traveled path. Never set up a programmatic campaign before, but think it would be great for a new client? Go for it!

There’s always more explorin’ to do 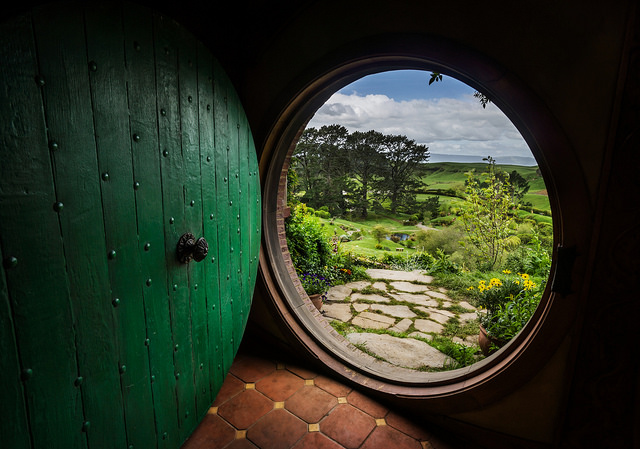 I’ll finish this nerdfest with this: your work as a marketer is never done. Every day, new technologies come out that change the face of marketing. We can target people today in ways that marketers even ten years ago would never believe. Trends amongst consumers are rapidly shifting. What worked for your company six months ago may work now, or you may find something even greater.

Much like Dungeons and Dragons, it’s never really been about the loot at the end of the game. It’s about the journey, and all the cool stuff you got to try to get you to that loot.

Chris Martinez is the CTO of CleverFunnel. His programming experience opens up a wealth of new opportunities for CleverFunnel and our clients. He also tries to automate processes regardless of practicality or need.
