As the details of the Facebook Cambridge Analytica data leak continue to emerge, the lynch mob this week as set their sights on Mark Zuckerberg.

So he and the all-powerful Facebook fucked up. Or did they really?

Let’s start with just a couple facts:
1) This was NOT a data breach, hack or any other fraudulent activity. No passwords or other personally identifiable information was leaked or shared with the bad guys. This isn’t a scandal or crisis or other sensationalized word you want to apply to this.
2) Aleksandr Kogan, a data scientist at Cambridge University, developed an app called This is Your Digital Life for academic research. This was and is fully allowed in Facebook policies.

3) Cambridge Analytica, through an outside researcher, paid users small sums to take a personality quiz and download an app, which would scrape some private information from their profiles and from those of their friends — activity that Facebook permitted at the time. Although not entirely known, the data was detailed enough to create psychographic profiles of people which suggested what kind of advertisement would be most effective to persuade a particular person in a particular location for some political event.
4) This occurred in 2014, when people were still wearing “Make America Great Again” hats ironically without a care in the world that Trump was going to follow-through on his endeavor to run for president; however, the data was used to influence voter opinion on behalf of politicians who hire them.

So, let’s read that last part again, “on behalf of politicians who hire them”.

Now, I promise to not make this a political blog, but I do want to take a critical look at the data privacy as it applies to our lives, and since this is a marketing blog, to the influences brands and advertisers have on us.

This isn’t the first time the people of the world have so blatantly put their trust in a giant organization to have them screw us over and lose our trust by doing the exact opposite of the what they said they were going to do.

When Equifax had the great “Whoopsie” of 2017 and gave away our actual identities by an “error” they very well could have prevented, how many people stopped using credit cards? Did we see the hashtag #DeleteCredit surface? Were we lighting the torches and assembling the lynch mobs for Equifax’s CEO? Almost no one could even identify Equifax’s CEO at the time of the breach (his name is Rick Smith, and he’s an asshole). 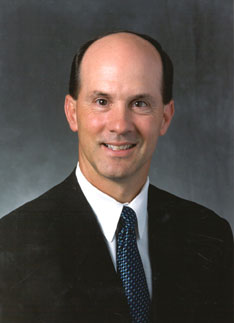 “I’m sorry. I can’t hear you over the sound of my $90 million golden parachute deploying.”

Now, I understand the relation between a social media account and your lifetime of credit is not on the same level, but it does seem we are more outraged to have our social media accounts manipulated than our actual real lives. I mean, how can we show any more outrage for this infringement on our personal online actions than to ironically start a hashtag on a rival social network? #DeleteFacebook

Why is no one mad at those that actually used the data for manipulation?

For starters, this is a bit of a bigger debacle for who exactly used what data where. This may come out later as we learn more in the legal proceedings. My theory is because #DeleteRobertMercerTheWealthyRepublicanDonorThatFundedNearlyTheWholeThing isn’t a great hashtag. That aside, the larger issue here is the influence advertisers, political or not, have on all us based on our online activities.

Why is no one mad at themselves?

Now, this is an easy one to answer. Humans rarely self-blame. So I’ll rephrase the question: should we blame ourselves? We were all merely engaging on a social media platform trying to connect with friends, right? Or, are we the guilty parties by our incessant addiction to the social posts and sharing intimate details of our lives that we wouldn’t even share with our significant others?

In retrospect, this is really nothing new. Brands, advertisers, and marketers have been creating targeted messages and manipulating the masses for centuries. From colonial times with the political propaganda of Thomas Paine’s “Common Sense”, to the 1970’s healthy cigarette push of “Play safe with Philip Morris” and “More doctors smoke Camels”, to the beloved Unification of Thoughts to an army of soulless drones in the Apple ad 1984(too soon?), this is what shapes our thoughts, beliefs and who we are as a whole — regardless of data-driven psychoanalysis profiling or not.

Now as the controversy of the most controversial election in decade continues, we all look to point fingers (Putin, we’re looking at you), and blame others for who we may or may not have voted for, we are suddenly more enlightened to the fact that someone, something, some program may have swayed us one way or another and frankly, we don’t like to admit that.

So I pose the question, are empirically biased advertisements really wrong?

That is to say, do our behaviors online warrant us receiving the ads we actually see?
Can you honestly say you really hate when you get a super targeted ad that offers you something is actually beneficial to your life? Is it really influential or are we strong enough to be free thinkers aside from what ads we may be presented with?

Let’s get to why this semi-rant blog is being posted on a marketing blog. Well, for starters, we and many other advertisers out there use Facebook to put our products in front of you and billions of others that scroll the newsfeeds several times an hour looking for someone or something to entice them enough. That is not going to change. Advertising is a 200 billion dollar industry. With that said, Facebook learned their lesson and they are cracking down on the way in which advertisers, like CleverFunnel, are able to target and reach people.

So to conclude, here are a few of the positives of this whole shitstorm:

1. Zuckerberg owned up. That is more than I can say for… well, really anyone holding a public office right now. Does that undo the amount of data that was used unknowingly? Not exactly, but it’s a level of moral aptitude we’re no longer accustomed to seeing by… anyone.
2. Facebook is actively trying to fix their systems and lock down user data. This is relatively unusual for a company to respond in a big way to a PR Nightmare (see Equifax, BP, Comcast, United, etc. etc. etc.)
3. We might all be a little smarter about the things we post, share and divulge online. Related, we are more aware of the ways that people are using our data, and that data is truly worth its weight in gold.

As for #DeleteFacebook, go ahead and make your statement and drop your addiction/account. Delete your account and enjoy the pleasure of slacktivism associated with such a passive method of engagement. But remember, no one thinks you’re any cooler for boasting that you’re “Not on Facebook” anymore. We know you’ll be back.

Unless we’re all going to move to the offline social network, MyFace, I suggest we all take a retrospective of just what we’re all so angry about and about how detrimental the sharing we do online really is to our lives.

Useful Links
Learn more about CleverFunnel.
Get updates and news in your inbox.